The last week I have broken down crying for no apparent reason in the oddest places, in my driveway, on a bathroom stall just before my swim. I assumed it had to do with all the training I been doing and the energy that it takes to coordinate the massive effort that it is to pull intense workout out hours on top of all of the other very important and time consuming responsibilities I have, like raising tow very different teens and work. I finally figure out what it was when I pulled my sons travel itinerary for his upcoming trip to Toronto to do the training and ultimately bring his guide dog home. Then and there the overwhelming feeling came rushing. No matter how much I tell myself this is not because is any indication that Karl is getting or will be getting worse, Is just for independence, it just tears me apart. I still hate he is affected by his condition, as much as I did the first time I head the diagnosis. Karl is one of the bravest people I have known and he is also the sweetest. I feel the last few weeks it’s like we are back to the beginning and I am fighting ignorance and discrimination when some places wouldn’t allow him with his dog. Eventually, the gym apologized and is allowing him to bring his guide dog with him, but only when I threaten to sue them and take the story to the press. Luckily Karl was never aware of it but it made me realized that this fight is far from over and he still has a lot of discrimination to overcome. If anything it had renewed my commitment to continue working to raise awareness and funds to help end blindness and visual impairment. Brett Wilson gave generous donations to both cnib and Foundation Fighting Blindness on our behalf and Operations Eyesight Universal was on the running to receive a grant form the Endure Foundation one which I am an ambassador, but this is still not enough. I know that once more, Karl will come home with his dog and make me feel that everything is OK by taking everything with the positive attitude he always has. But as usual, I know I will spend many more sleepless nights figuring out a way to get more donations. Throw in the fact that I also speaking in LA about Running Home and you have a ticking bomb. I still hate the fact that that story exists but I don’t hate it as much as the fact that is still happening. I just watched the news about the rescue of the three women that were held captive. The joy of the families, the horror of the public when they realized that such monster was living near them, then the further victimizing of the brave young girls, “ the door was left unlocked in a couple of occasions and you didn’t escape?” Every time I hear that it breaks my heart that we are still liberating abusers of any responsibility by placing blame on victims, let me make this clear, nobody deserves or wants that. Something else bothers me, what are we doing to prevent this from happening to anybody else? Is not true that we don’t know this is happening, this is happening right now, young girls are being taken against their will and forced into slavery. I am not saying that these young women had it easier but how is that different than the thousands of girls locked into rooms, deprived of their freedom and forced to perform sexual acts. What I don’t understand is why if we are we all not doing more to stop this from happening? I guess you can say that loosing sleep is part of reaching that place in your heart that says “enough” I refuse to stay silent any more. My book seemed to touch a lot of people deeply and I make no apologies, if you think is painful reading detail account of being victimized, try living it. I will never be OK, I have leaned to not only survive and thrive considering my past but make no mistake, there will not a single day will pass that something will take me to the deep pain I felt, the fear and the shame I was made to learn. Luckily for me, I have work so hard in building dreams where once nightmares lived. My frustrations are from being unable to accept limitations from others, or myself, all I know is that I don’t have to accept that the cure for blindness will not be here in time for my son or that human trafficking is such a difficult and complex problem than a single individual fighting to end it will not have a significant impact. Nobody has the right to tell me what my hopes and dreams have to be. In the world I am working towards, my son Karl can see perfectly the face of the woman he will fall in love with and I will never read that an other child or woman disappeared. I made a commitment to my son that day we sat down on my front steps when he was 11 and afraid of what was happening,that I was going to do everything in my power to fight this diagnoses until the end of my days. After that day, I embarked on a journey and there is no turning back. Two roads diverged in a wood, and I-- I took the one less traveled by, And that has made all the difference. 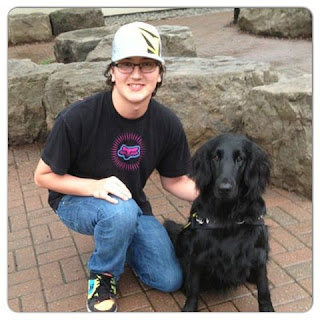 You are such an inspiration !!

what a energetic you are! love your life
jordan shoes

I was working and suddenly I visits your site frequently and recommended it to me to read also. Age Of War 2
Big Farm | Slitherio
Tank Trouble | Happy Wheels
Goodgeme Empire | Slither.io