Top 5 Things You May Not Know About Me

Well it seems that my last post was the most fun so here is more.

5. My second language was Japanese, I learned well enough that when I met Japanese people I had to tell them I was half Japanese, they always warm up to me after that

4. During Desert Storm, my nick name was Storming Norman, I still have friends who call me Norman

3. I was once confused to be my own kids nanny, by other nannies playing at a park. My kids look more like their father who is Scandinavian. I never went to that park again, they probably though I was Rebbecca De Mornay on the Hand That Rocks The Cradle

2.As a kid, my family was so crazy that when they told me I was adopted, I fantasized about my "real parent" rescuing me, I loved the idea of not being related to my siblings

1.In my 20's at a party I once slapped Hulk Hogan when he patted my behind as I walked by him. He wanted to KILL ME specially when he kept telling me " do you know who i am?" and I didn't, and didn't care either.In no time it was like in jail, he was at one end of the dance floor, whit his 4 guys, I was a the other side with every single guy in the place behind me ready to defend my honor. My sister Muneca still talks about that day, she couldn't see above the crowd and when she asked what was going on,all she heard was "It's you little sister, she is dead"
Posted by Norma Bastidas at 2:22 PM 3 comments:

Random Things You May Not Know About Me

1.My head isn't perfectly round.If ever get cancer i will stay away from chemo.
2.My mom dressed me as a boy until age 10. She didn't think i was pretty enough to wear dresses.My favourite cousin cried when he saw me with a dress, he had no idea he had been playing with a girl
3. In Japan i worked as a Playboy Bunny at a night club serving drinks
4.I met Yoko Ono and she refused to shake my hand
5.Billy Joel`s bodyguard once helped me deal with a drunk at a nightclub
6.Although I was born in Mexico, I can`t handle heat or alcohol
7.I was a soap actress from age 16 to 24
8. As a kid I cheated at every game I ever played
9. There is only 11 months difference between my middle sister and I
10. I still have Menudo songs playing on my ipod
11.I drive friends and family crazy because I rationalized everything
12.I love Mexican soaps
13.When I told my relatives I was moving to Japan to model, they laughed hard, heck they are still laughing after 16 years
14.I love watching Cash Cab on Discovery Channel
15.There was a point in my life that I talked to animals more than I did to humans
16. I love trails, trail running is the biggest trill I have ever experience ( sorry to my kids, yes I did cry of excitement when they where born)
17. I have journal since I am 11 years old, I still have my teenage years journals
18. Running hard everyday is just an excuse from doing housework
19. I wanted to be a nun when I was 10
20. I cry at Tim Horton`s commercials
Posted by Norma Bastidas at 1:47 PM 4 comments:

The race from down under

Race report from Alpine Skyrun 100 mile race in Australia, I can cross Australia off the list now. Just as I thought navigation proved to be a major issue for me on the race. During the first stage I got lost three times, because it was the beginning of the race I was able to find my way back to the right trail by following the headlamps. For safety reason I decided to buddy up with other runners, by the time I made it back to the trail that would take me to the top of Mt Feathertop, I had found my running buddies for the rest of the race. Elm Tree men’s relay team from Melbourne who were armed with a Garmin GPS became my company and pacers for the rest of the race. Safety wasn’t my concern even if lost, each runner was equipped with EPIRB (a tracking beacon) and my cell had coverage, so the major concern was lost time and snakes of course, but we did learned that it takes about four hours for the venom of a deadly snake to kill you, so there were plenty of time to rescue, at the meeting they had a great time watching me squirmed every time they show the snakes slides, Leslie part of my support crew and a Banff residence in exchange reminded them in Canada we have bears to deal with, and with bears specially the Grizzly kind there is no 4 hours window to protect you. They left me alone after that.

On ultrarunning there are three types of competitors, the frontrunners, who usually run most of the race and win the top spots, the mid-packers are usually competing for the age group brackets and usually do a combination of running and fast walking, most of the time this is where I find myself, competing for the 40-49 age group, and the third group is the late group, these are the competitors that speed walk the race mostly and do a bit of running if any, this is where Elm Tree Relay team fit, the range of fitness of the eight members vary from somewhat fit to very fit but as a team you must finish each stage together so you are only as fast as you slowest member. And sometimes especially at 1am and because I was running each and every leg of the race, the slow member of the group was me. 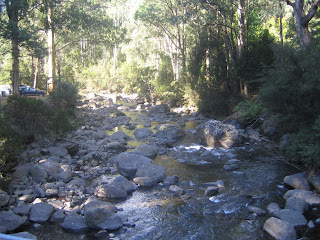 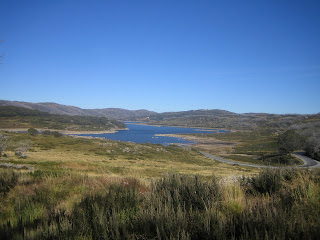 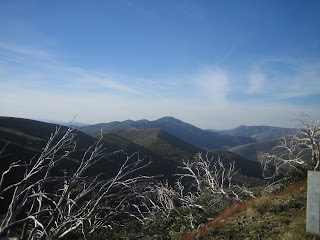 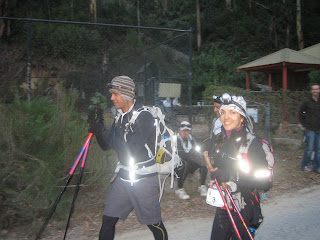 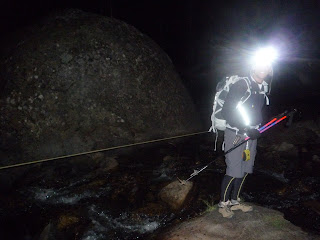 At first the pace seem at bit slow but I knew that I had a better chance of finishing the race if stay with the team that if I went on my own. After the Yukon race, my focus had shifted more toward surviving a race rather than setting course records, even of the age group kind. As I am also finding out, racing so often has affected my speed dramatically, last year I run Boston Marathon in 3:28:42, this year I would be surprise if I can run in under 4 hours. After a few hours on the course, their speed became my speed. Team Elm and I struggled through the first 21 hours of the race, they because of an injured member and I fought fatigue and the effects of jet lag, we missed the cut off time at the end of stage three so Paul Ashton the race organizer decided to allow us to continue on an alternative shorter distance, the 120 kilometre distance. We camped on top of Mt. Bogong, and continue the rest of the race at 9 am the next morning 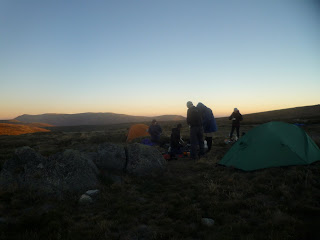 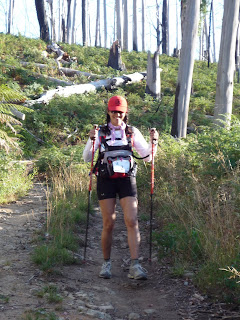 If you think we Canadians are friendly, you haven’t been to Australia. This is by far the race that I have enjoyed the most, usually run races alone and ultras can be so long, there are times I would run for seven hours before I would see somebody again. The next day facing a much shorter course and after a few hours sleep my pace become a bit faster, team elm also put their fittest members on day two so we successfully finished the new 120 kilometre race in about 42 hours. At the end of the race there were three different distances that would continue to be an option for next year, 100K, 120K and 160K, Paul and Jessica and team one won the 100 mile distance, Paul Ashton, Elm Tree team and I won the 120K and Andrew a soloist runner who also couldn’t navigate successfully finished the 100K distance. 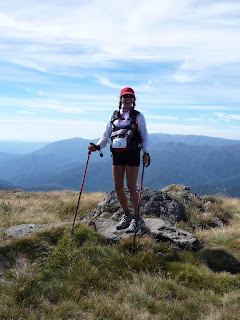 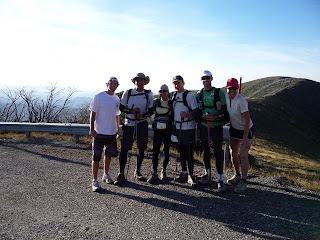 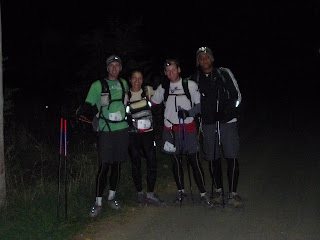 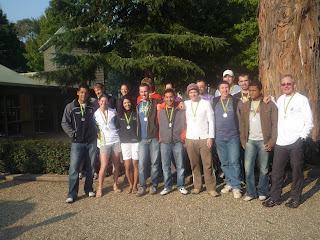 Alpine Skyrun’s course was breathtaking, also the participants attitudes of no man left behind made it an unique experience, this was no picnic, the course is truly challenging, but in a true Aussie fashion the race environment was very lay back.
So even though I did successfully finish the race, there was a possibility of not finishing if the rules had been enforced and ended up being disqualified for timing out. I did a lot of thinking during the race, my next race is 100 miles and the time limit is 30 hours, i wondered if this is still realistic giving the fact that I am slowing down, i played with the idea of finding a 100 kilometre race somewhere in North America and running that instead, after all 100K is no laughing matter. But just a few hours, a nice shower and pizza, i wondered if it was not fear talking instead, the fear of making a fool of myself. There are certain risks I am willing to take, and making a fool of me because I am stepping out of my comfort zone is one of them, where would human kind be if it’s not for that wonderful willingness of being ridicule for the sake of following your dreams. So after much though I decided to run the iron Horse 100 mile race in St Paul, Alberta on Mother’s day weekend as my replacement race. The good news is that I have a few weeks to prepare for it, as I am finding out my quest to run 7 ultraraces in 7 months is as much to do overcoming the limits of the body as of the mind. 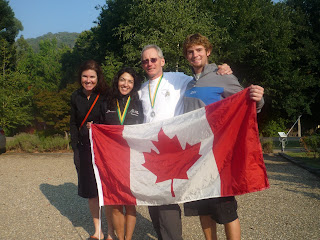